Scale up for high demand

Modernize the application stack onto a serverless architecture.

ABP Live is one of the largest online news publishing platforms, with more than 6 languages including 5 different Indian vernacular languages. The combined readership is more than 500 million page views per month. During special occasions the readership jumps many fold, as a lot of

people flock to ABP network sites due to its credibility and propen- sity to break the news first. For example on a typical boards result

day the expected readerships spikes way beyond the regular traffic. This time around ABP team was expecting a huge spike of around 1 million requests per minute. The spike was expected based on the previous year trends and also due to the new interactive features that were going live. For a high volume, short duration burst like this the idea was to implement a mechanism that would not only work this time around, but also would scale automatically whenever there is such a need in the future as well.

The solution that suits this type of requirement very well, is to modernize the application stack onto a serverless architecture. With AWS great services like DynamoDB and API gateways, the team achieved a serverless implementation in record time. Well a picture is worth a thousand words, this is how we achieved it: 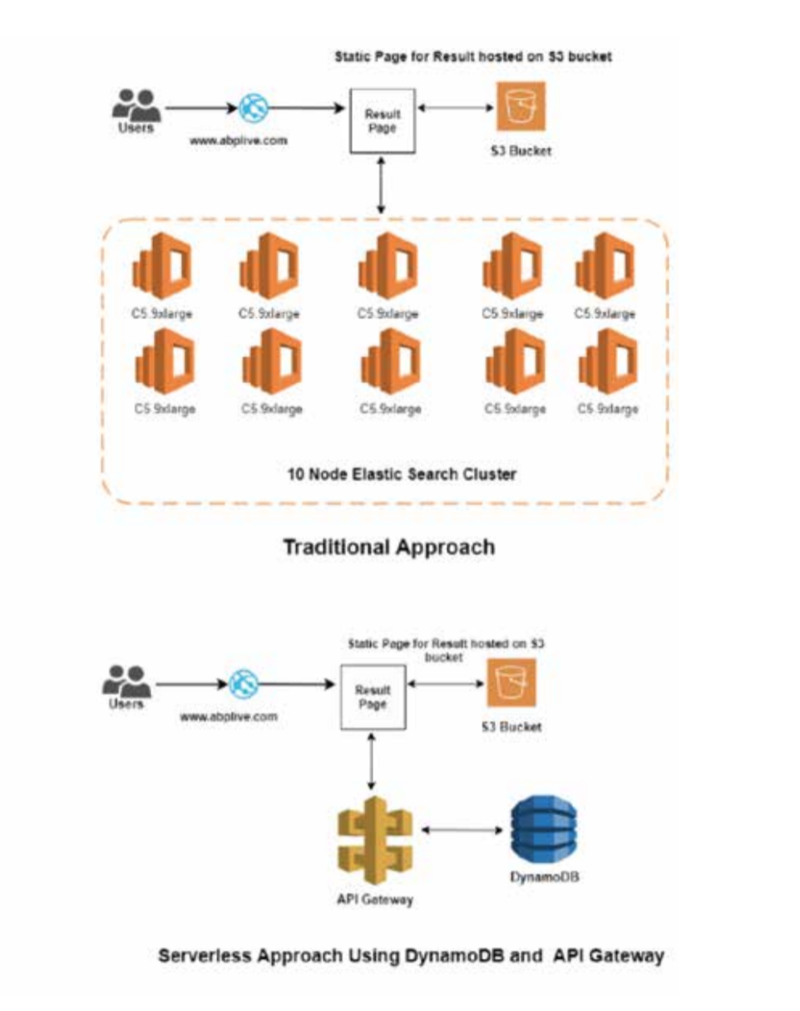 Since going live with the serverless architecture a couple of result campaigns have already run successfully. The peak load for these result campaigns was around 2.08 million concurrent requests. Not only did the infrastructure scale successfully to maintain a 100% up time, but the cherry on the top is that the total spend was around 15$ for each of the campaigns. Earlier for the same campaigns ABP team was spending around 530$ per campaign.

Some of the highlights

AWS services were critical in getting the serverless architecture in place in such a short time. The AWS services we used in this particular case are: